George Zimmerman vs. The Mob

In the rush to hang Zimmerman and sell hoodies for awareness, it seems this bit of information got lost in the shuffle.

"The guy on the bottom who had a red sweater on was yelling to me: 'help, help…and I told him to stop and I was calling 911," he said.

Trayvon Martin was in a hoodie; Zimmerman was in red.
The witness only wanted to be identified as "John," and didn't not want to be shown on camera.
His statements to police were instrumental, because police backed up Zimmerman's claims, saying those screams on the 911 call are those of Zimmerman.

"When I got upstairs and looked down, the guy who was on top beating up the other guy, was the one laying in the grass, and I believe he was dead at that point," John said.
Zimmerman says the shooting was self defense. According to information released on the Sanford city website, Zimmerman said he was going back to his SUV when he was attacked by the teen.

Sanford police say Zimmerman was bloody in his face and head, and the back of his shirt was wet and had grass stains, indicating a struggle took place before the shooting. 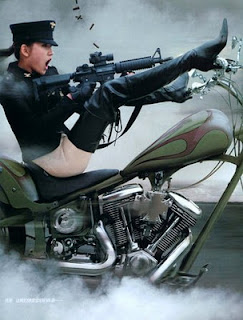