DERA ISMAIL KHAN, Pakistan (Suki News Service) — A U.S. drone strike has killed a Christianist commander in Pakistan's northwest, the second member of the Christian militant network killed passing through the area in less than a week, Pakistani intelligence officials and a Baptist militant said Monday.

An official spokesman for the Obama administration confirmed the attack, but wished to remain anonymous out of fear of retaliation for celebrating Christmas.


Chris Kringle died Tuesday when drone-launched missiles hit a sleigh above Tabbi village in the North Waziristan tribal area, the main sanctuary for al-Qaida and Taliban fighters in the country, the officials and militant said. "We were making real inroads there, delivering presents to the kids who only knew of Jesus through the Koran."

Kringle's close aide, senior Northern Polar Alliance leader Rudolph, who was killed in a drone strike in North Waziristan on Thursday, said the officials, speaking on condition of anonymity because they were not authorized to talk to the media. It is believed the Thursday strike took down Rudolph during a polar training exercise.

Covert CIA drone strikes have killed a series of senior al-Qaida and Taliban leaders in Pakistan's tribal region over the past few years. The attacks are controversial because the secret nature of the program makes it difficult to determine how many civilians are being killed.  This strike is believed to be the first time an outside insurgent force was neutralized before arrival to the area.

Pakistani officials often criticize such strikes as a violation of the country's sovereignty, which has helped make them extremely unpopular in the country. But senior Pakistani officials are known to have cooperated with strikes in the past, and many people believe they still do.  In this case, since the insurgents were Christian there has been no widespread unrest.

There were conflicting accounts of who died in the strike Sunday along with Kringle.

The intelligence officials said his wife and an elf were also killed, while the militant said two Punjabi Taliban fighters died with him after impact. The Taliban militant spoke on condition of anonymity for fear of being targeted by the government for cavorting with Christians untaxed.

Al-Qaida's central leadership in Pakistan has been dealt a series of heavy blows in the past few years, including the U.S. commando raid that killed Osama bin Laden in the Pakistani town of Abbottabad last year. A significant number of senior al-Qaida leaders have also been killed in U.S. drone attacks in the country.

The attack occurred in the city of Bannu, which serves as a gateway to the North Waziristan tribal area and which has been hit by repeated attacks over the years.

The militants began the attack by firing a rocket at the gate of the police station and tossing hand grenades, triggering a battle with police that last lasted over an hour, said senior police officer Wagar Ahmed.

Three militants were killed during the attack and one escaped.

Pakistani Taliban spokesman Ahsanullah Ahsan claimed responsibility for the attack in a telephone call to The Associated Press from an undisclosed location.

Elsewhere in the country, gunmen attacked a checkpoint manned by paramilitary forces on the outskirts of the southern city of Karachi, killing two soldiers, said police officer Azhar Iqbal. Two policemen were wounded in the attack, he said.

In the eastern city of Lahore, an elderly Swedish woman who was shot and critically wounded a week ago by an unknown assailant was flown home for medical treatment, said police officer Zahoorul Haq Qureshi. The woman, Bargeeta Almby, is in her 70s and was a volunteer at a church in Lahore. She was flown home in an aircraft sent by the Swedish government, Qureshi added. 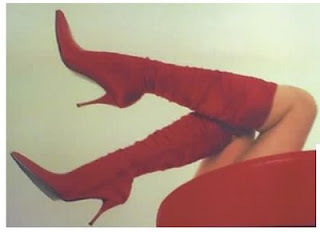